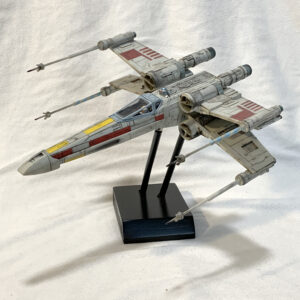 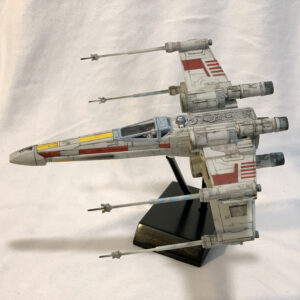 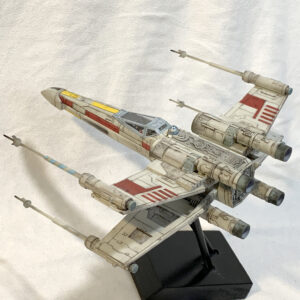 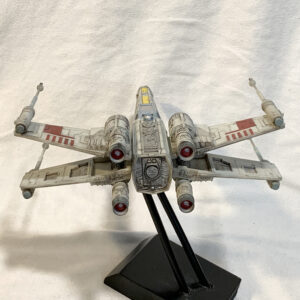 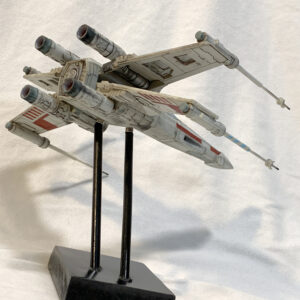 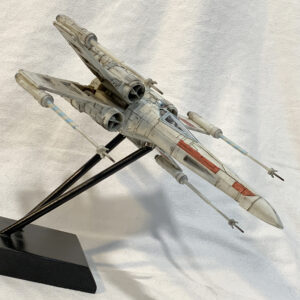 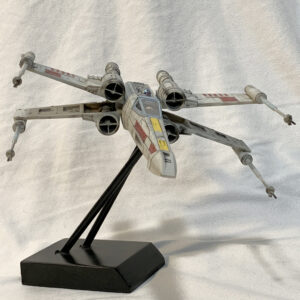 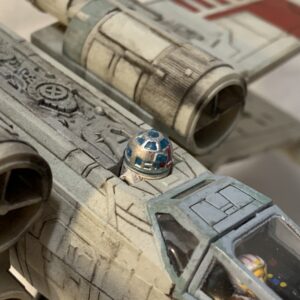 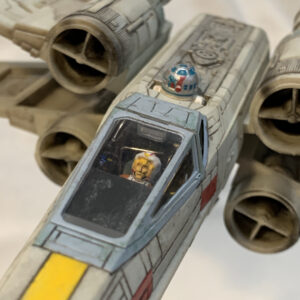 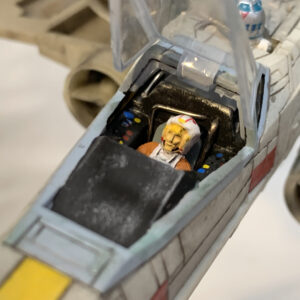 When I got back into modelling in 2015, mainly to build the Hasbro Millennium Falcon, I needed to make multiple trips to hobby and craft shops to get supplies. While my focus was on the Falcon, sometimes, a great deal would catch my eye that I couldn’t resist.

Such was the case with this Revell X-Wing Fighter, that I spotted at Michael’s in Toronto for 50% off. I didn’t know what scale it was in (it doesn’t say on the box) but it looked like it would scale OK with the new Falcon, so I thought it’d make a fine addition.

It was a super-easy build, and I was able to complete it concurrently to the Falcon, using the same weathering techniques I was learning for that kit.

The kit didn’t come with a stand so I built one using magnets; it’s a little unstable, I probably should have reinforced it with more magnets on the inside. The kit also features an opening cockpit, and removable R2-D2; the wings / s-foils are also designed to open and close but I glued them permanently open. It does not come with decals; the markings are painted on (I repainted most of them).

I don’t think this kit is as accurate or detailed as other kits such as those from Bandai or Fine Molds but (other than the stand!) I’ve always been very happy with it.