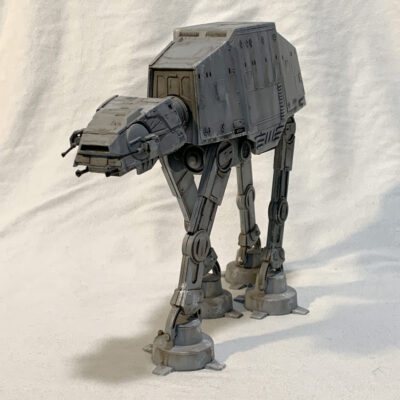 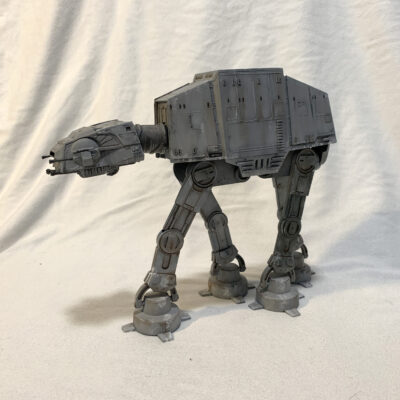 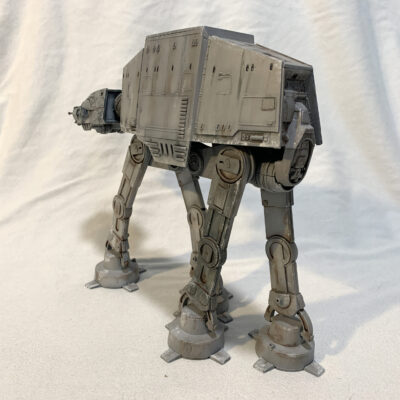 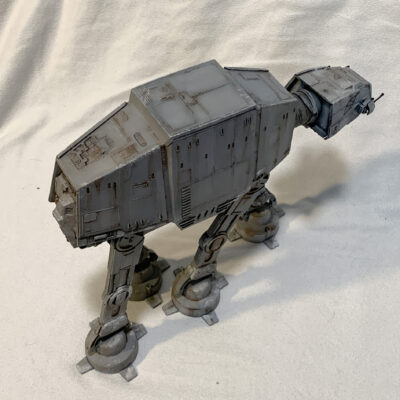 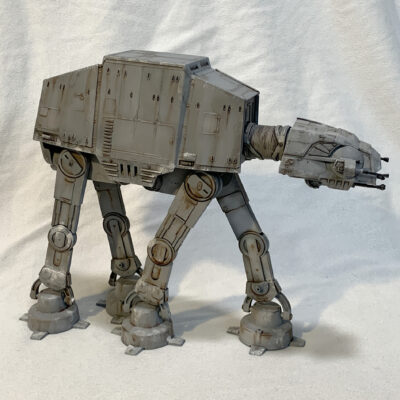 This Imperial Walker, or AT-AT, kit, was originally released in 1983; it was re-released in 1989 and I built it sometime in the early 1990s. Originally, I painted it silver, and did some rudimentary weathering, and it’s one of the only kits I built as a teenager that I kept into adulthood, mostly because of its manageable size. Unfortunately, the “piston” parts that connect the feet to the legs all broke off at some point.

When I was getting back into modelling in 2015, and working on the Hasbro Millennium Falcon, I used this model as my “testing ground” for various washes and weathering techniques that I planned to use on the Falcon, that I’d never used before. Once the Falcon was done, I fully intended to go back and repaint this one properly. But the Falcon took much longer than I thought and when it was done, I needed a break so the AT-AT went into a box for about four years.

In 2019, when I finally got back into modelling as a regular hobby, restoring the AT-AT was one of my first projects. I finally painted it an appropriate gray, and weathered it using various techniques, including some pre-shading, MIG washes, oil paint washes, Tamiya weathering kits and drybrushing.

I’m quite happy with how it turned out!