With the nacelles detailed, I moved on to the bottom of the secondary hull, where there were a couple of things to paint, namely the phaser banks and the little light at the aft end. I also had to paint the thrusters around the defector dish. There should be a clear part covering each of the four thrusters, but for some reason, I never installed these! So, the thrusters on this don’t look quite right, but, at least now they’re the right color. 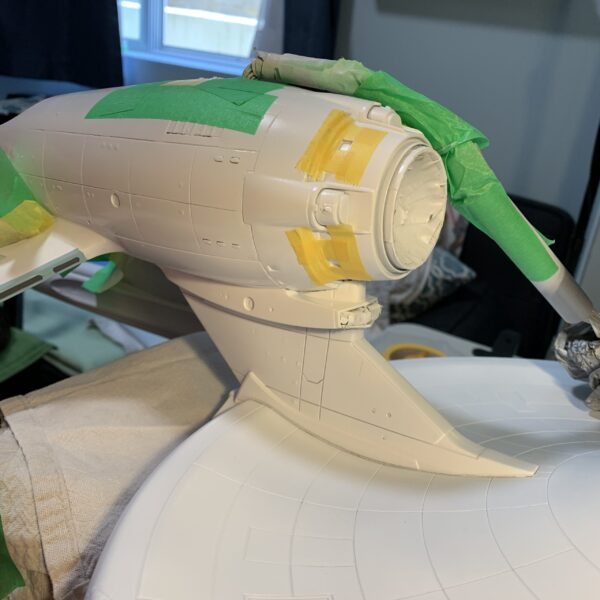 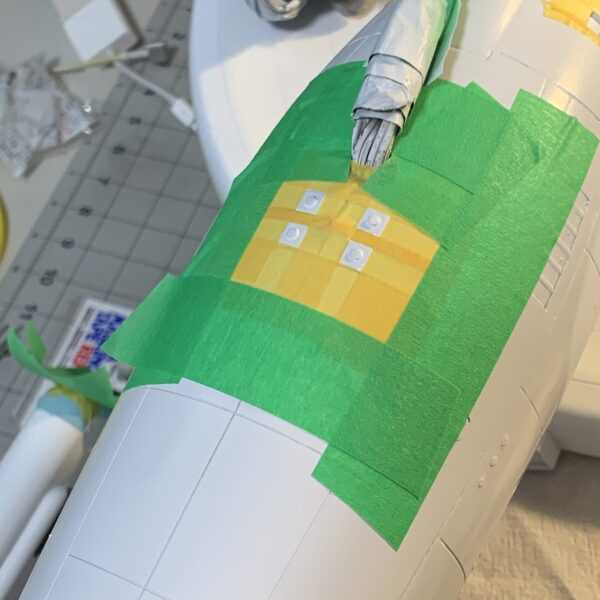 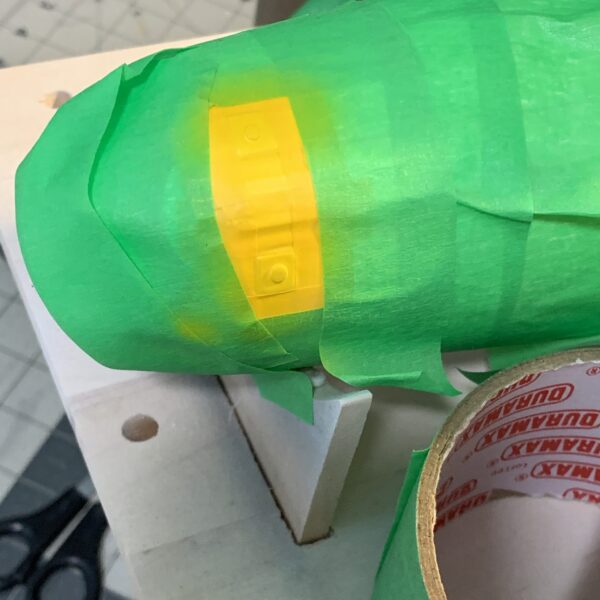 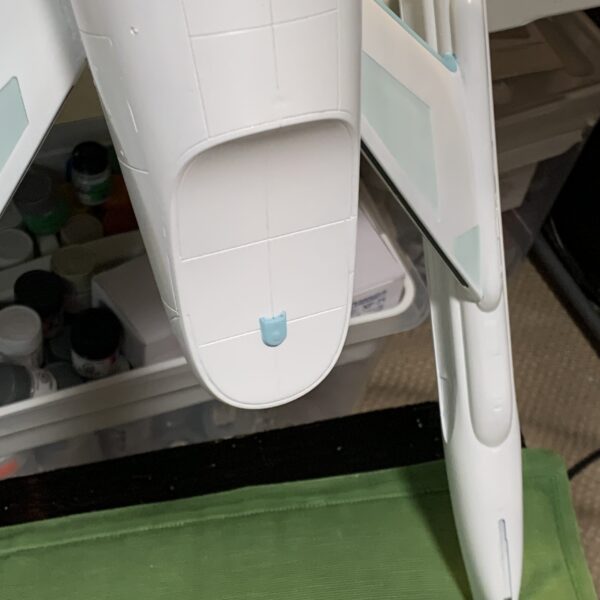 I also realized that I did fully build this kit using the Enterprise-A parts back in 2006 — even though I used the markings and decals for the original Enterprise. I don’t know why I did that! So when I do get around to applying the decals, I will make this one NCC-1701-A, just to be consistent.

Moving on, the deflector dish needed some love. I was never happy with the way the colors on this turned out way back when, and part of me was hoping the glue had weakened enough that I could pop it off to make repainting it easier. Alas, that wasn’t to be.

Initially, I tried by hand at masking off the raised ridges on the inside of the dish, so that I could paint them white, but that didn’t work; it was too difficult to get the angles and curves right. Then I tried to do it free hand, but that was a disaster.

So, ultimately, I gave up on the ridges and I tried to blend some white and clear blue as best I could to give the overall dish the “gradient”-like look that it has when lit. I think it turned out fairly well. I also painted the rings on the outside in steel and blue, and that also adds some nice depth. 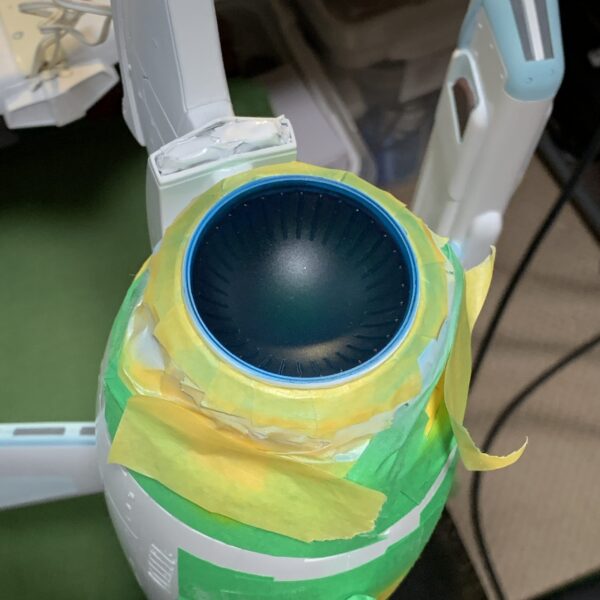 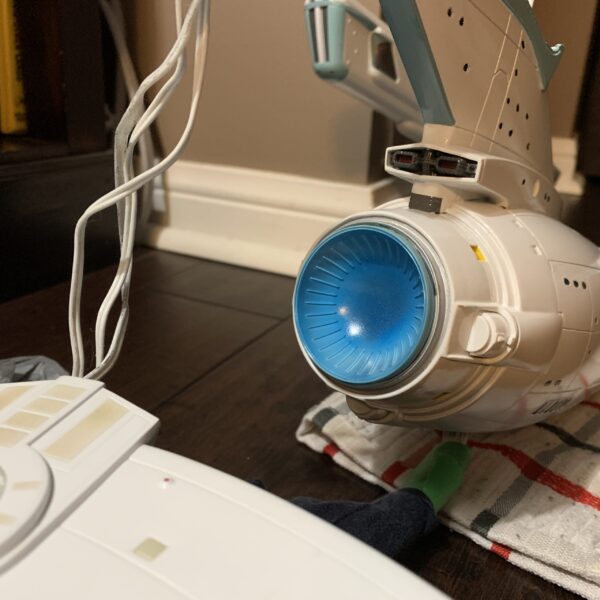 From there, I painted the blue detail on the top of the neck and the neck connection on the underside of the saucer, and taped that off… so I could finally do the saucer in pure white. 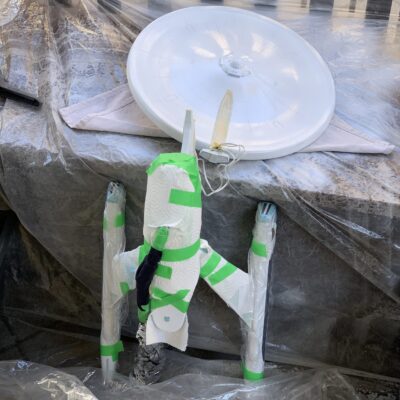 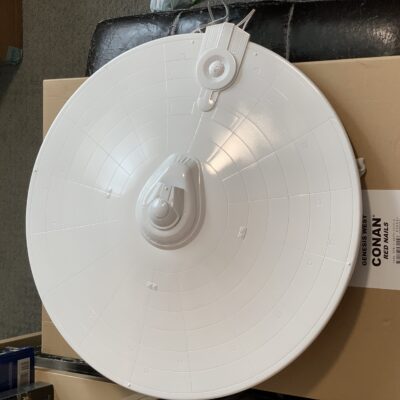 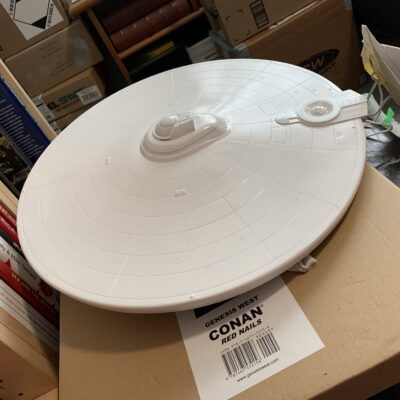 Oh, that beautiful pure white! It’s such a joy to see this thing in shiny, sparkling white, after seeing it in dull, faded off-white for years.

I let that dry for a couple of days, and the I painted the blue detail on the front and back of the neck, and the grey detail at the base of the neck completing the secondary hull. 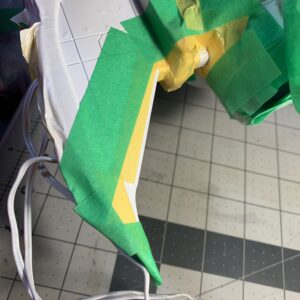 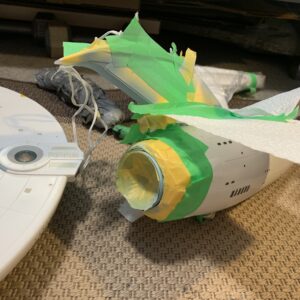 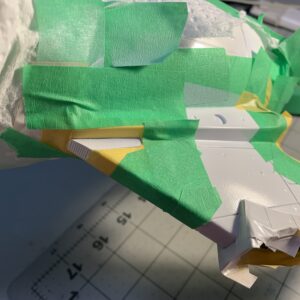 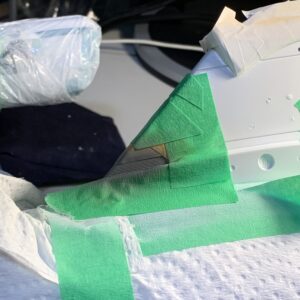 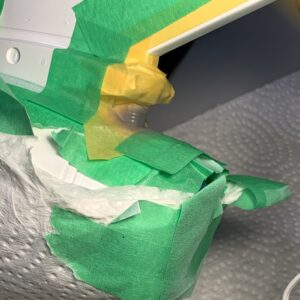 Oh, except for one thing! The thrusters themselves! Using a black gun dam marker, I added in little details to each thruster area. 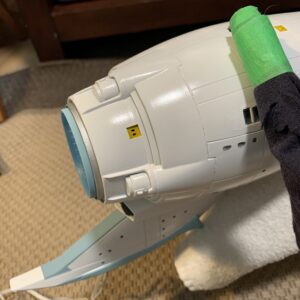 Next up, the detail work on the saucer section.